‘Really bad news’: DFL on edge after poll has Lewis trailing Smith by one point 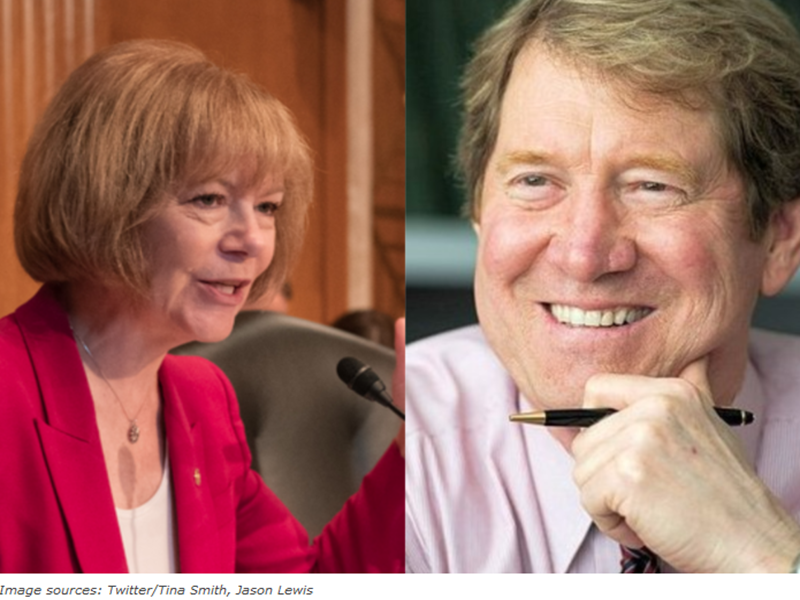 “U.S. Senate candidate Jason Lewis has closed the gap between him and his opponent, Sen. Tina Smith, to only one point, putting Democrats on edge. A survey released Wednesday by KSTP shows the margin between former congressman Lewis and Sen. Smith has closed to just one point in their race for the Senate. A MinnPost poll released Tuesday had Lewis trailing by four points.”