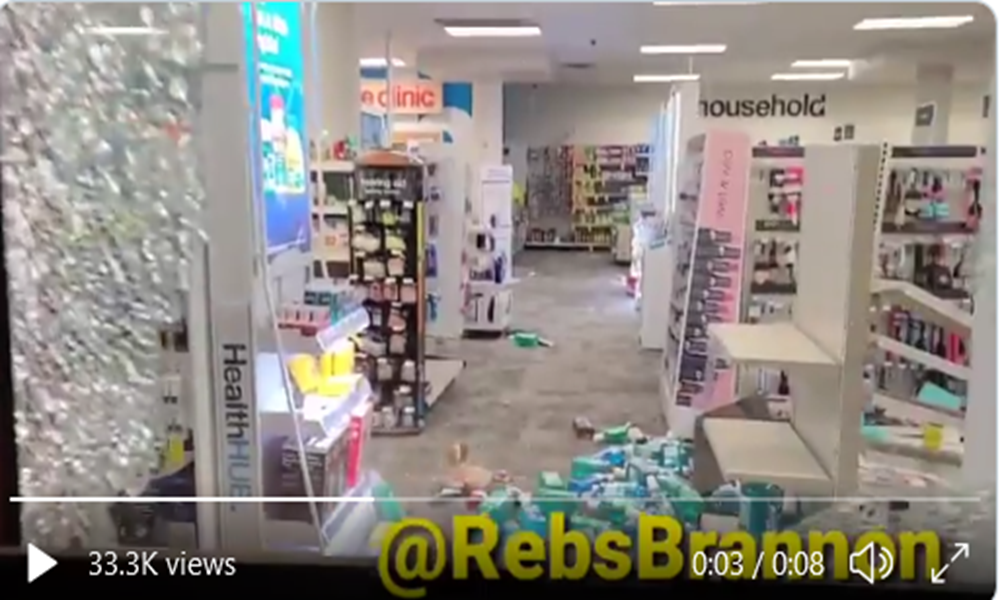 “A large mob of Black Lives Matter militants looted a Target late Thursday evening in response to a fatal police shooting in the city.  Winston “Boogie” Smith, 32, was reportedly wanted on a state warrant for being a felon in possession of a firearm. After being stopped in his vehicle by law enforcement, the U.S. Marshals Service says he “produced a handgun.”