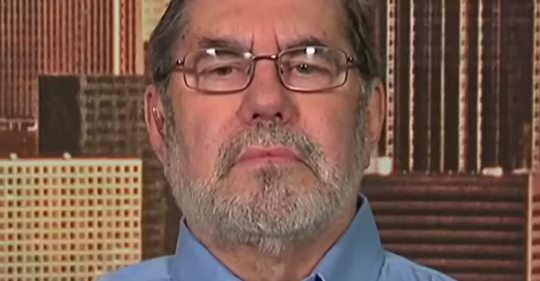 In an interview with a combative Chuck Todd, Leo Gerard, President of the United Steelworks, praised the effect of President Trump's newly proclaimed tariffs would have on the U.S. steel market. Gerard praised Trump for making it clear he is going to "tackle trade deficits" which he called a "wealth transfer" because they are "taking good jobs away."

Gerard said Trump was able to "see the steelworker agenda" and "he's going to have a major impact on our members" with what he has done.

"It's going to make it very hard for our members to ignore what he just did and what makes me sad is we've been trying to get Democrats to this for more than 30 years," Gerard told Todd.

Gerard said Trump is finally "going to help us get a level playing field" after 20 years of promises from Democratic and Republican presidents. While unions are notoriously large supporters of Democrats, Gerard said Trump's administration has recognized that if the next 20 years are like the last 20 years then "we have a national security problem." Gerard made it clear his union will work with the administration to prioritize U.S.-made steel.

NBC's Chuck Todd argued that while there are some countries where there is trade deficits but there is a "national security component" because "we're exporting values" like democracy to make a financial ally. Gerard said he doesn't understand his point because these countries aren't dumping unemployment on the economy when they dump steel in the U.S.

Meet the Press Daily host Chuck Todd asked Gerard if he thinks tariffs should just be targeted at China and he answered, no, "we should look at all the cheaters."

"Who else is cheating in steel as bad as China?" Todd quizzed Gerard.

"All we're asking for is a level playing field and with the president has done is send a signal that he's going to help us get a level playing field," Gerard said. "And we gave the Republicans and we gave the Democrats -- we've given every government since before Clinton hope that they would do something. And [Secretary of Commerce] Wilbur Ross and [Director of Trade and Industrial Policy] Peter Navarro and [United States Trade Representative] Bob Lighthizer deserve to be complimented for recognizing that if the next 20 years are like the last 20 years, we really have a national security problem. And we need to make sure that our friends are with us and not against us."

Chuck Todd attempted to turn things political and asked Gerard if Trump will truly "win over some of your rank and file." Gerard said Trump "was able to see the steelworker agenda," something that he has been fighting to get for over 30 years from the Democrats.

"Let me say this," Gerard began. "That Donald Trump was able to see the steelworker agenda, what he did is what we've been fighting for for more than 30 years. And I think what happened is that he's going to have a major impact on our members. It's going to make it very hard for our members to ignore what he just did and what makes me sad is we've been trying to get Democrats to this for more than 30 years."