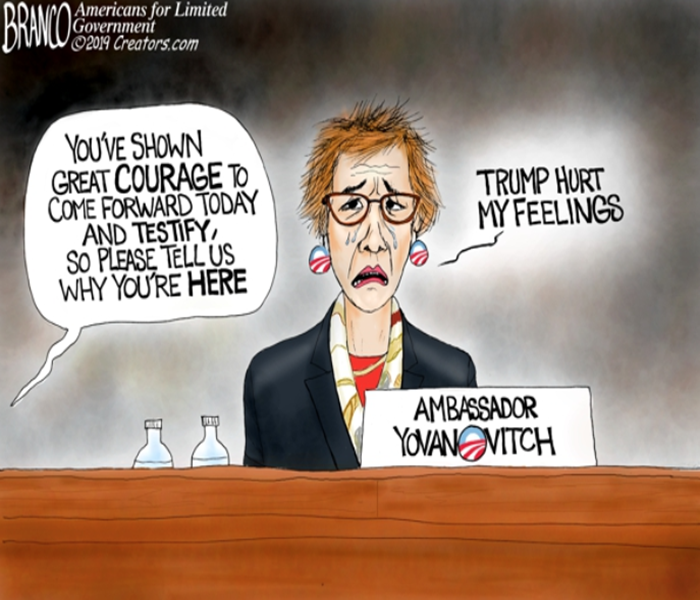 New email evidence has surfaced indicating that a Democratic staffer from the House Foreign Affairs Committee had contact with former President Obama’s Ambassador to Ukraine Marie Yovanovitch, contrary to information she provided in her “impeachment inquiry” deposition, according to exclusive information obtained by Tucker Carlson of Fox News.

According to an exclusive email obtained by Carlson, the Democratic staffer, now identified by Fox News as Laura Carey, wrote the following to Yovanovitch on August 14, 2019, two days after the whistleblower complaint was filed, but an entire month before the complaint went public. It was sent from Carey’s official House email to Yovanovitch’s personal account:"