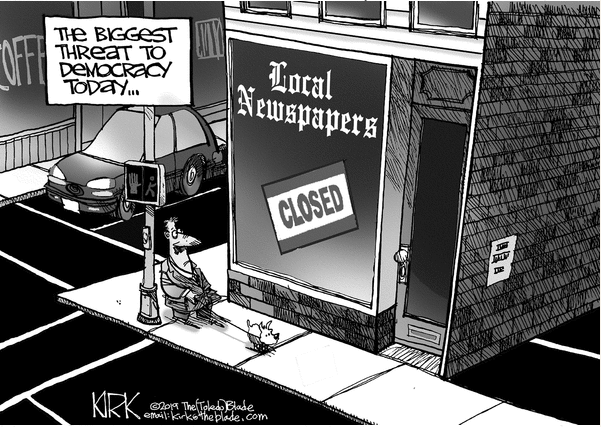 "In response, McGowan is spearheading what may be the most audacious project this election cycle. She’s raising $25 million from a host of wealthy liberals to establish a for-profit media company, Courier Newsroom, that has already started rolling out digital newspapers with local reporters and editors in six key swing states—Arizona, Michigan, North Carolina, Pennsylvania, Virginia, and Wisconsin—to fill the news deserts, deliver the facts favorable to Democrats that she thinks voters are missing, and counter right-wing spin."