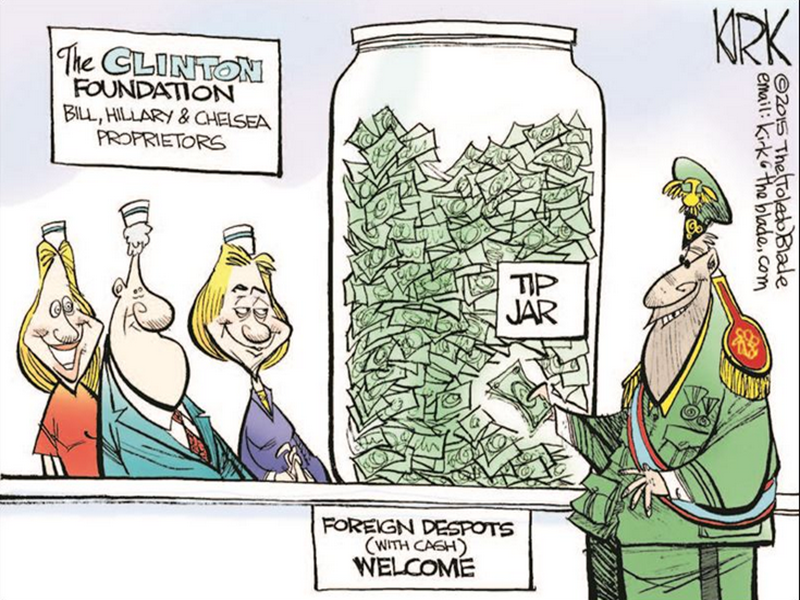 "Rep. Mark Meadows (R-NC) said in a Fox News interview last week that three whistleblowers have come forward with hundreds of documents exposing the illicit behavior of the Clinton Foundation.

The documents allegedly indicate the misappropriation of funds and quid-pro-quo promises made to elite donors. The Clinton Foundation is widely believed to be a slush fund used by the Clintons to enrich themselves and their cronies."

We would keep this in the gossip category for now. We cannot predict what the Senate may do here. Mark Meadows, in the House, has his hands tied with the Democratic Majority.