The Effect of Vote Splitting

One of the things you will hear around election time is to vote your conscience. Well, the DFL does not do that, they want you to do that because it keeps the DFL in power. So, a low turnout mid-term election is easy pickings for them.

Thanks to Maggie Alexander for her write-up. 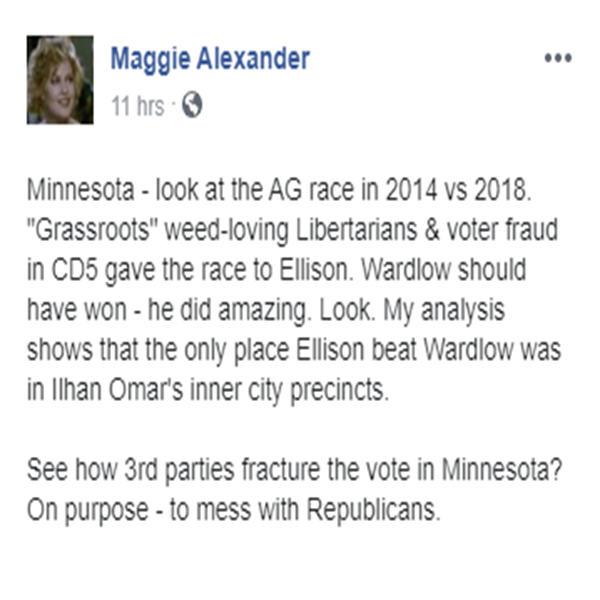