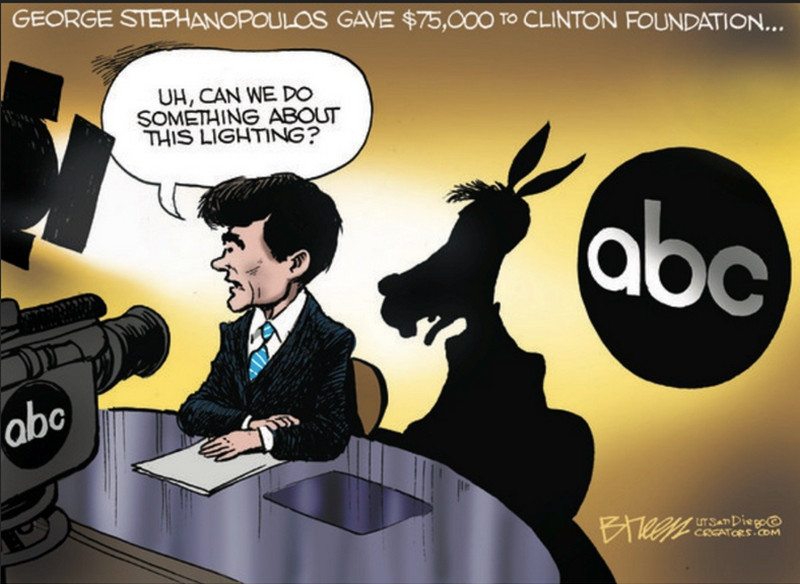 A good reminder of what we can expect when President Trump’s defense team has their first opportunity in five months to defend him. During a broadcast segment on ABC news reporters in the Capitol were interviewing President Trump defense attorney Jay Sekulow.

Back in the ABC studio, Clinton operative George Stephanopoulos did not want to see ABC broadcasting statements from the defense and he is caught on camera using hand signals to tell the producers to cut-off the broadcast. Stephanopoulos realized he was caught."