If the U.S. did it, here is how it might of gone down. 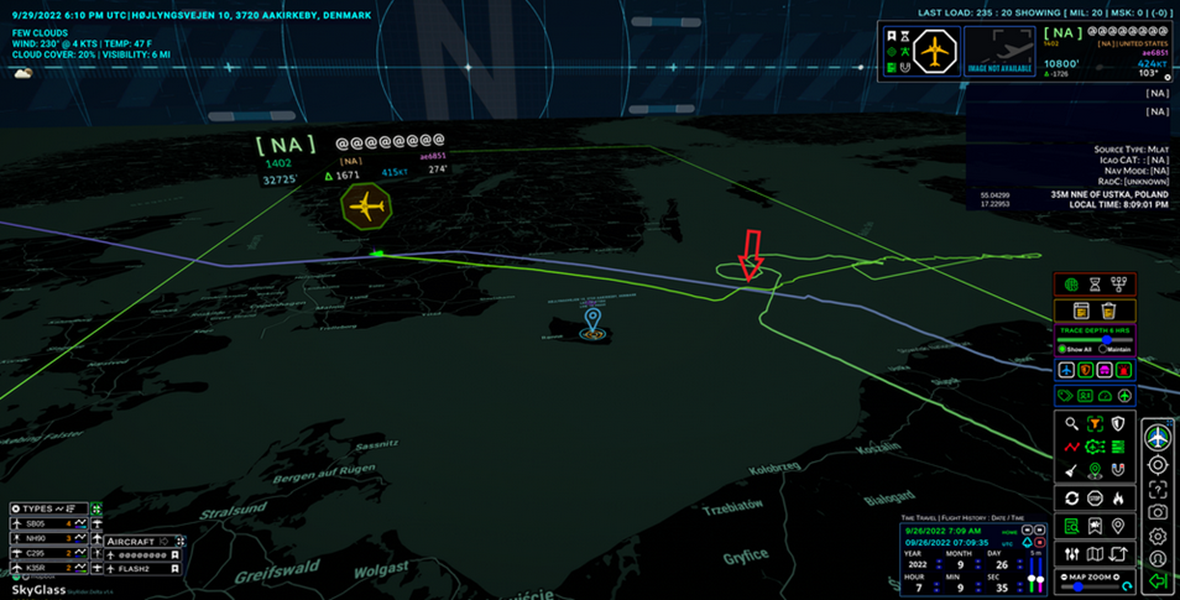 “MW reports that overnight on the 26th of September, a Navy P8 Poseidon submarine-hunter jet flew out of the US to the Baltic. It did not land in the UK to refuel — thus avoiding any tracking complications — but rather rendezvoused over Grudziadz, Poland, with a US Bart-12 mid-air refueling plane, which it hooked up with for more than an hour. The P8 was equipped with Mk54 air-launched torpedoes. After un-docking from the Bart-12 refueler, the P8 followed a route west along the Nord Stream pipelines, descended to bomb-run altitude, and dropped its weapons. Kaboom.”