Thank you, Maggie Alexander. " The reason that Democrat Steve Simon was elected in 2014 as Minnesota's Secretary of State is thanks to the Libertarians & Independents who conspired with the Democrats to defeat the GOP and put a DEMOCRAT in charge of Minnesota's elections."

"Together, the two 3rd parties garnered 134,000 votes and split the conservative vote. Steve Simon only beat the Republican, Dan Severson, by 22,000 votes. If either the Libertarian or the Independent stayed out of the 2014 race, the Republican would have won and we wouldn't have Steve Simon holding our voter registration data hostage. The Independent in this race actually changed his party status to Democrat after the election!

So, the same reason Trump lost Minnesota in 2016 by 44,000 votes while the Libertarians & Independents took 165,000 votes is the SAME reason we have a Democrat Secretary of State running our Minnesota elections. The Libertarians conspired against the GOP to run 3rd party to split the vote, handing elections to their pals on the left.

Time to wake up folks. This is the REAL voter fraud scheme that is stealing our Minnesota elections. President Trump even said Democrats pay Libertarians to sabotage the GOP. And Libertarians admitted they just did that in Kentucky.

The Koch Brothers' Libertarians & the George Soros' Democrats work hand in hand for their combined interests - social liberalism & open borders. They are laughing at the GOP for being so trusting. Like Kellyanne Conway said: "Libertarians were the spoilers in Bevin's Kentucky race. Libertarians like to do that to Republicans wherever they go!" 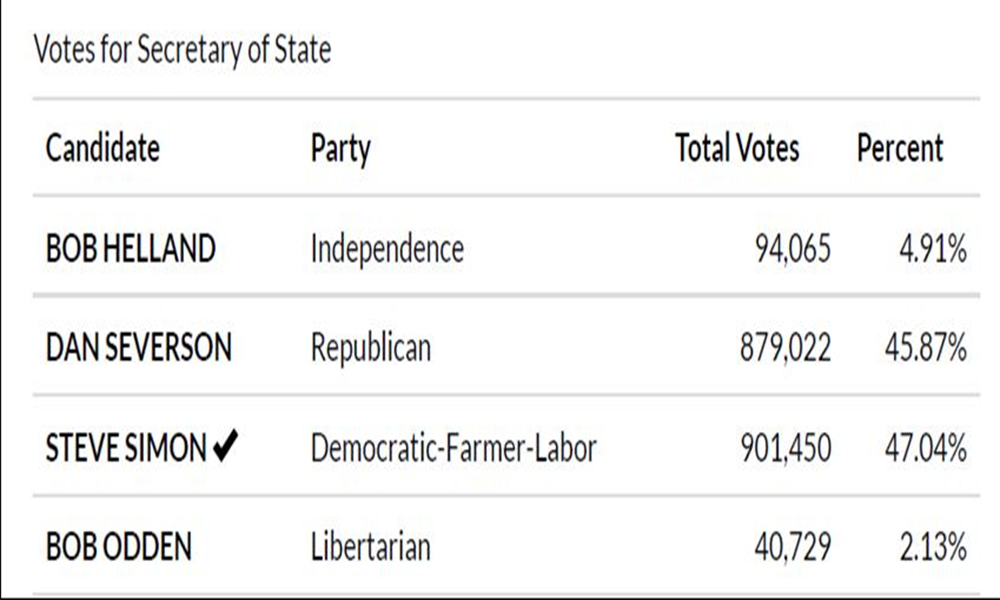 So, our conclusion is that the Walz administration will remain firmly in place as long as some of us keep voting for minor party candidates that make conservative noises at press conferences.