Molly Montgomery is a nonresident fellow in the Center on the United States and Europe at the Brookings Institution, where her work focuses on Central and Eastern Europe, the Western Balkans, and trans-Atlantic security. Montgomery is also a vice president in the Europe practice at Albright Stonebridge Group.

A veteran of the U.S. Foreign Service, Montgomery served most recently in the White House, where she advised the vice president on strategy, policy development, and engagement toward Europe. Her other assignments included U.S. Embassies Riga, Sarajevo, and Kabul and U.S. Consulate General Dubai. At the State Department, she served in the Office of the Secretary and the Office of Eastern European Affairs.

But this was no doubt before the VP learned who she really was – a Deep State plant. 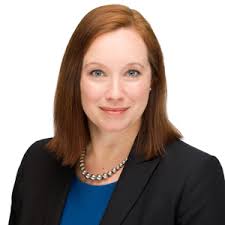