The 14-year DHS employee first reported problems within state contracts this summer and says she was led out the building and had her employee badge taken from her. After testifying to a state Senate committee in August, Bernstein said she expected her situation to improve. “It actually did the opposite,” Bernstein said, in her first TV interview. “If anything, I have experienced more retaliation since then.” 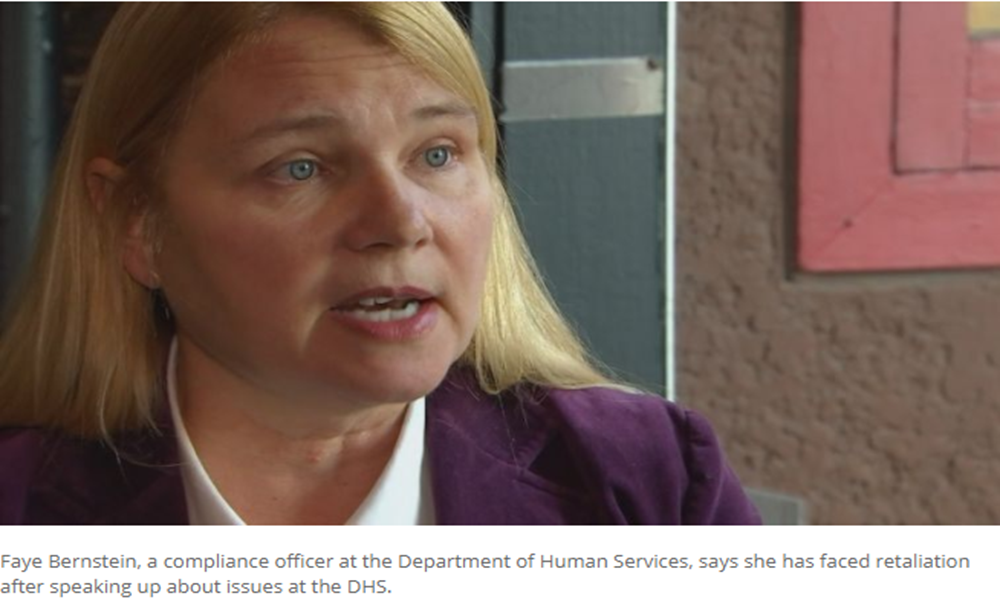