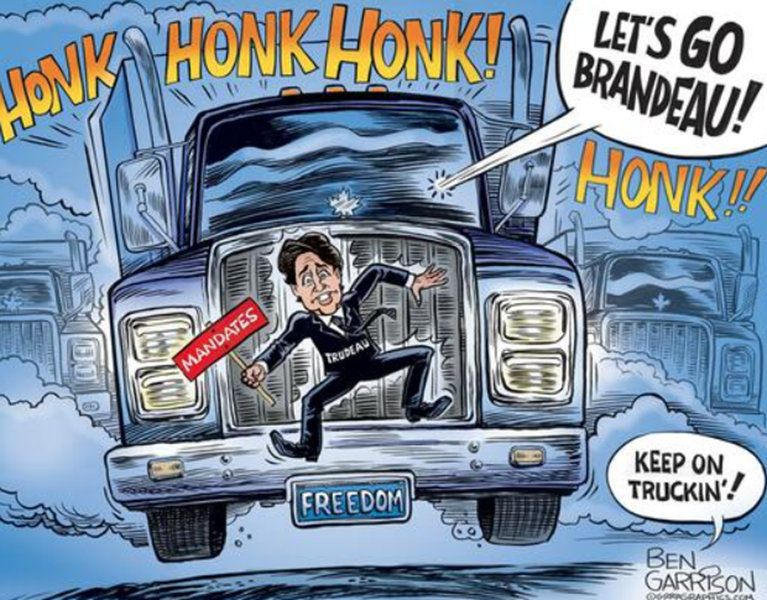 “When the Canadian truckers stood up to his tyranny and began their historic convoy to Ottawa, he thought he could continue ridiculing people. The truckers and their supporters were just a “small fringe minority” who hold “unacceptable views,” he confidently claimed. For Trudeau, love of liberty is just an “unacceptable view.””

“Less than a week later, as tens of thousands of trucks began entering the capital with millions of supporters behind them, the “brave” Canadian prime minister had fled the city and shuffled off to an undisclosed location.”