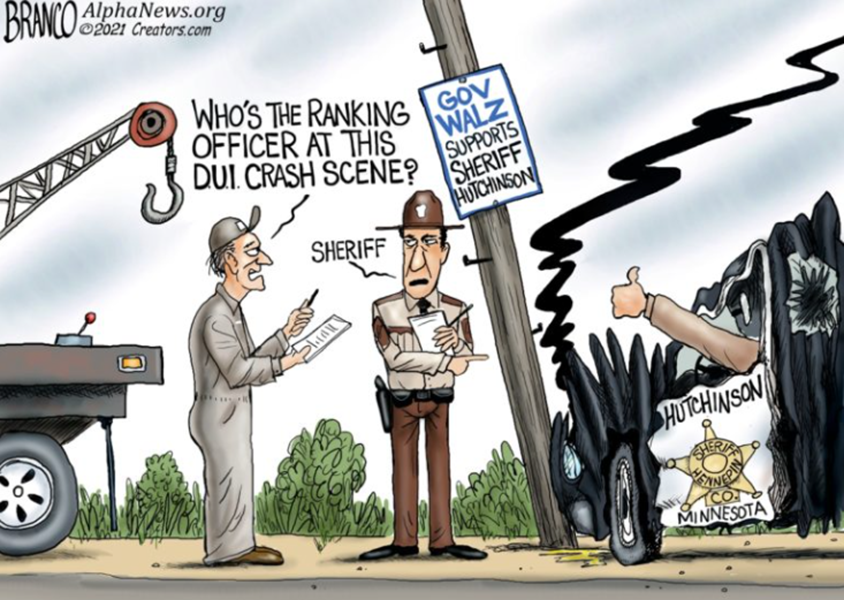 “Hennepin County Sheriff Dave Hutchinson has been sentenced to two years of probation after pleading guilty last week to driving drunk.  According to court documents, Hutchinson’s 90-day jail sentence was stayed and he will instead do two years of probation.  Under the terms of his probation, he is not allowed to consume alcohol or controlled substances and must submit to random testing.”