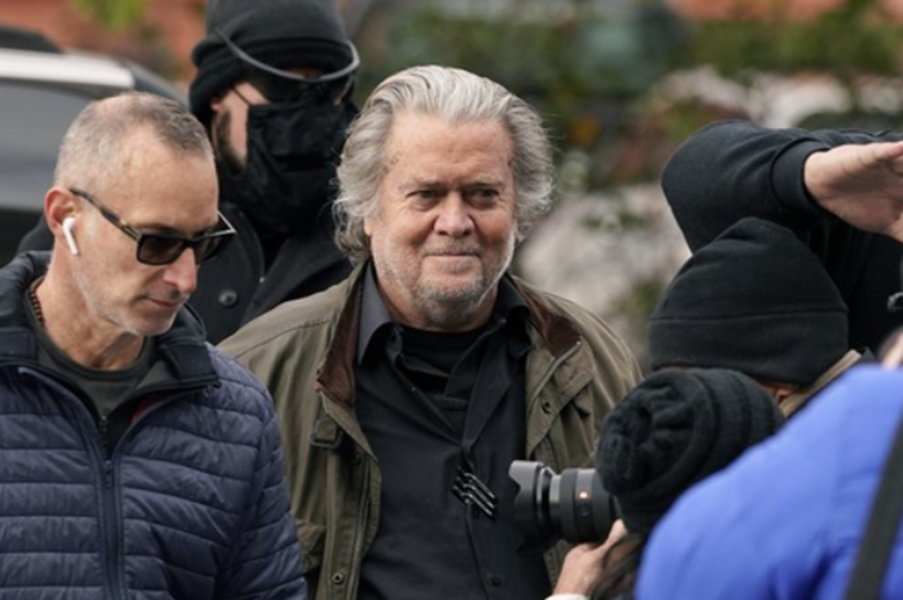 Former Trump adviser Steve Bannon surrendered himself to an FBI field office and was taken into federal custody on Monday to face contempt charges over his refusal to cooperate with Democrats' January 6 congressional investigation. He will appear before a judge later in the day.